TAO Dance Theater’s latest creation debuted in Shanghai’s SAIC Culture Square last week. It was the first time that the choreographer Tao Ye presented a work of semi-improvisation since the creation of the dance company in 2008.

Beijing-based TAO Dance Theater is known for its unique and highly creative body movement techniques, invented by the theater’s founders, Tao Ye and Duan Ni, a professional dancing couple. “Control” and “rational” are the keywords they use to describe their creations.

Their latest work, titled “11”, is part of their “Digital Series”, each of whose dances is named after the number of performers featured in the piece.

“11” is a work of semi-improvisation.

“I have designated specific movements for the lower body of the dancers,” Tao explained. “But performers have a lot of freedom to improvise in the upper body. As a result, there is a kind of conflict between sense and sensitivity – half emotional, half rational.”

The performance consists of 11 segments, involving solo, duo, trio and group dances. Artists often stand in one or two rows to create the shape of the number “11” on stage. The avant-garde music composed by Tao’s musician friend Xiao He is a key element.

“There is no bodily contact between the dancers throughout the show,” Tao said. “But they are close to each other, so there is a risk of bumping into each other, which dancers should be especially careful about.” 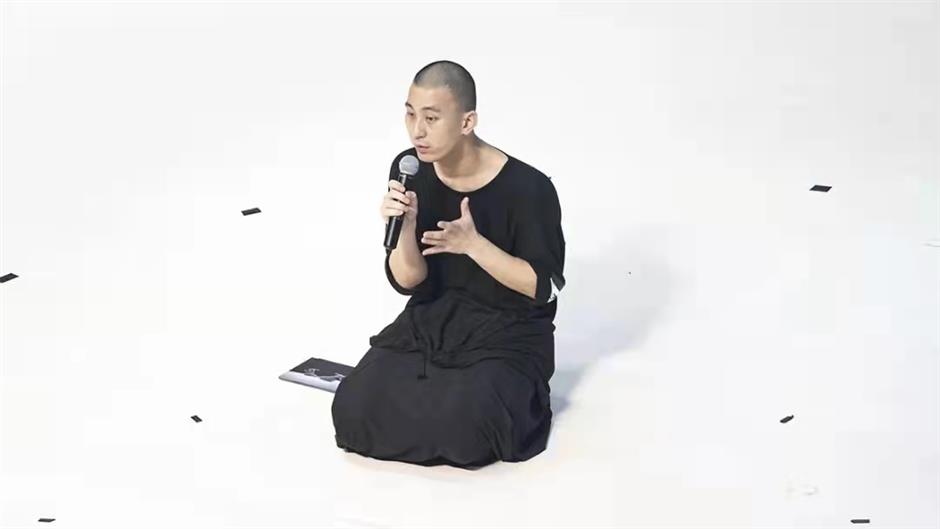 Tao said he hopes the performance will inspire viewers to reflect on the contradiction between the rational and the irrational; between the individual and the group; between restriction and freedom.

Huang Li is one of the four veteran dancers of “11”, who also takes care of the daily training of the troupe.

“It’s a demanding performance,” she said. “Dancers need to be rational during the repetitions and focus on the steps. After memorizing the footwork, we focus on the upper body to create the movements, and then we fit in.”

According to Tao, the improvisation part encourages dancers to think, explore, question and respond with their bodies. He says dance is a tunnel of self-expression while exploring body movement allows one to communicate with the world. 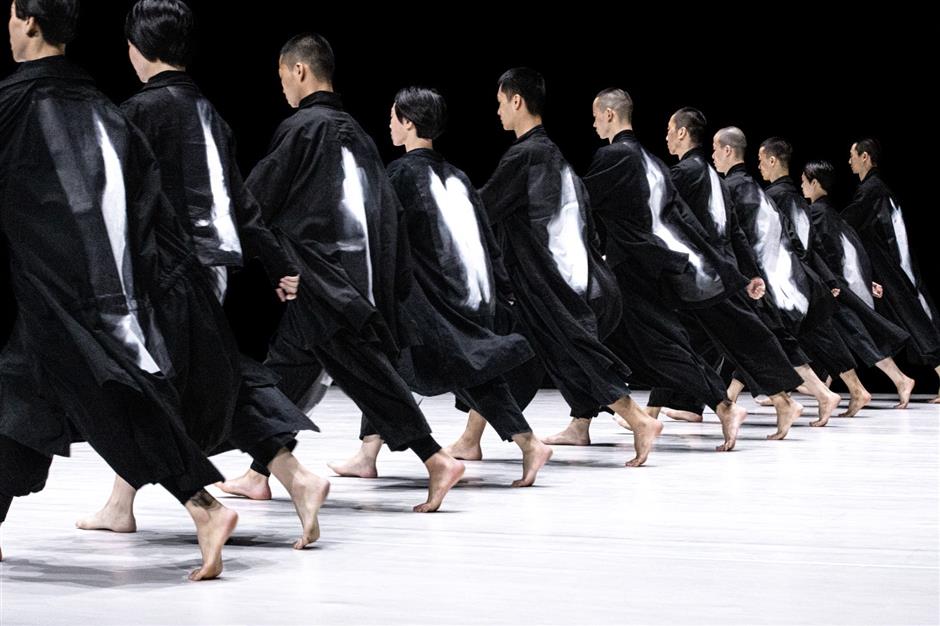 TAO Dance Theater has been making annual visits to Shanghai SAIC Culture Square since 2016. After the performance in Shanghai, the troupe goes to Shenzhen, South China’s Guangdong Province, for the fourth and last stop of their national tour. The theater originally planned to perform in more than 20 countries before the COVID-19 pandemic forced them to make changes.

“National theaters give us the kind of warmth that we don’t usually get when performing overseas,” Tao said. “Certain audiences come to see us every year and give us their comments. They are our old friends. We welcome them.