Like many productions, this new dance performance by England has an incredible talent winners Diversity has been delayed because of you know what. So, some fans in the audience had booked to see this dynamic dance troupe two years ago.

You can feel the excitement as you take your seat.

Emcee, director and choreographer Ashley Banjo takes you on a journey of what connects and disconnects us when it comes to new technologies.

While designing this show and preparing it, none of us realized that we would be using this technology in place of face-to-face contact due to lockdown and restrictions.

Banjo doesn’t mind that and he’s covered here via a Zoom call to his mom, when he shows her his new baby boy, Micah. It’s a moving video clip, because it reminds us of exactly what we lost in that time.

But at the same time, where would we be without our phones? We were able to order food from our favorite restaurants, take part in quizzes with family and friends, and download another TV series to get through the tough months ahead.

The show covers both pros and cons.

The concept is designed to inform and educate alongside the dance segments and also fill time as dancers go out and change and come back with a new routine. The problem is that the information you receive isn’t deep or new, and it’s a bit repetitive.

You keep hearing about connection, then you see diversity dancing and you know exactly what they’re talking about.

From a Charlie Chaplin routine that takes you back to a group number featuring Ashley Banjo and drones flying overhead, to their brilliant Black Lives Matter segment that sparked controversy on England has an incredible talentthere’s incredible variety on stage here in this ambitious and serious, yet dazzling production.

The BLM section is one of the most incredible three minutes of dance I’ve seen in years because it moves you, makes you angry, and desperately asks for change.

Each dancer is committed and each movement is performed as an act of defiance but also of love for their profession and for equality and, yes…diversity.

It’s breathtaking to see this on stage and the audience got up the night I attended. I found it incredibly moving and could watch it over and over.

In a You Tube celebration, the cast moonwalks across the stage in tribute to the music of Michael Jackson, and your jaw drops to the ground. I almost turned to my companion and said, “Annie, are you okay? “. The wide variety of dances exhibited here is amazing. 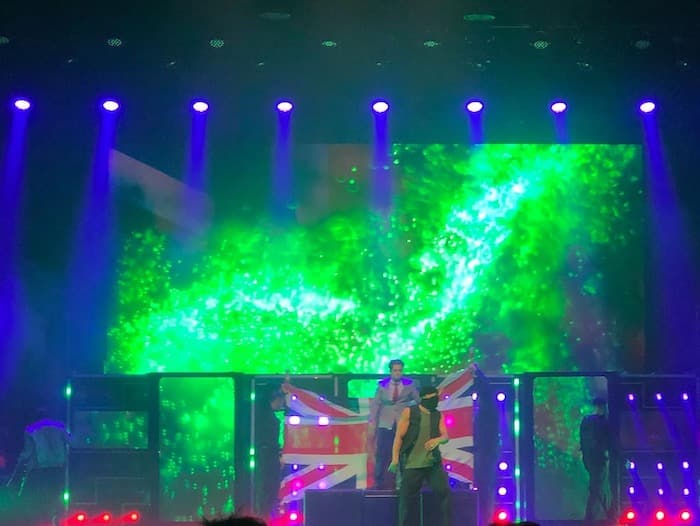 Video screens and enhanced cinema sound mean there’s plenty to see, and sometimes you yearn for tender moments where dancing can portray the language of love.

And there is a nice sequence where the dancers are paired up, dancing with their mobiles on and their texts are seen on the screen. It’s incredibly poignant, because it shows how we’ve lost this ability to live in the moment.

Climate change is also covered, and you start to feel a bit bombarded because there’s so much material here that it could be covered in many shows instead of just one night.

Every dancer has their own wonderful moment in this show and it takes strong teamwork to bring a show like this to the stage. 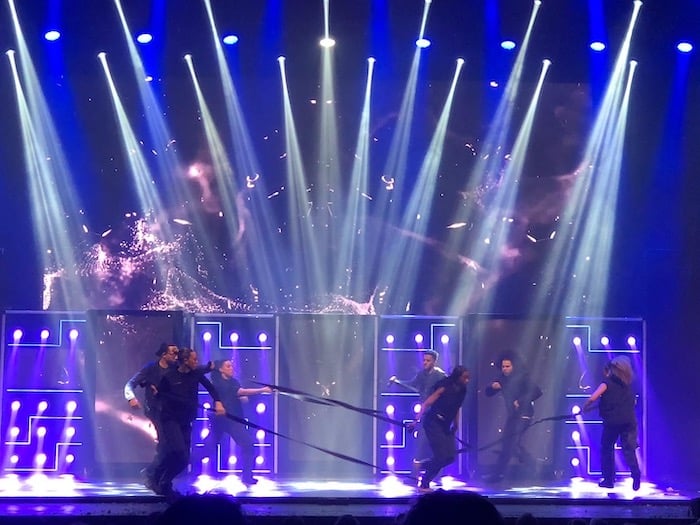 Perri Kiely still has that fearlessness he had as a kid during BGT auditions. Jordan Banjo provides comic relief, interacts with the audience, and conveys his self-deprecating wit.

Each of the members of the dance troupe deserves kudos for performing with passion, energy, courage and determination. Their moves are clever, but they also interact with the audience and bring them into the narrative.

Sometimes the dance can be beautiful, but there is a chasm between the performer and the audience.

Here, Diversity does what Ashley Banjo set out to do: they hook up.

Diversity: Connected is at the Opera until 7and May. You can book tickets here.