The nationally acclaimed Zikr Dance Ensemble is making its three-week Colorado and New Mexico tour of Pagosa Springs with an appearance at Pagosa Springs High School on Saturday, October 16. The show starts at 7:00 p.m.

The 90-minute program, which concluded a series of sold-out performances in April in Boulder, Littleton, Highlands Ranch and Lakewood, stars the Premier of Uncover as well as other original works by Zikr. Shows Uncover were previewed and / or reviewed this spring in the Denver Post, Westword and Daily camera, as well as other media.

Tickets cost $ 25 and $ 15 for children 12 and under. To order tickets online, visit www.zikrdance.com.

“Since its inception, Zikr has been a seasonal touring company,” says founder and artistic director David Taylor. “We have performed regularly throughout the Rocky Mountain region and look forward to doing it again in front of a live audience. I’m sure we’re not the only dance company or performing arts organization in Colorado feeling that way right now.

Taylor and his team began planning for Zikr’s return to the stage in 2020, a process that has unfolded in spurts over the past year, with venue operators adapting to the changing demands and restrictions of the world. State COVID-19 dial. “We made a commitment to produce the program from the start,” says Taylor, “whether or not we have a theater to present it or an audience to experience it live.” 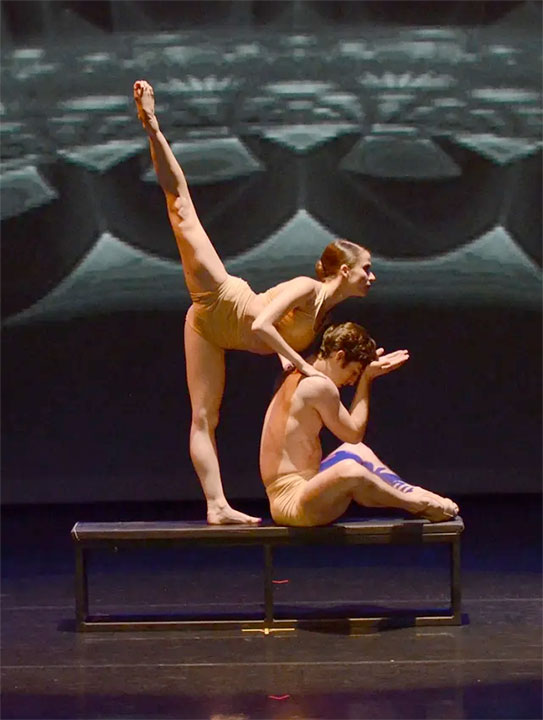 For more information or to order tickets online, visit www.zikrdance.com.

About David Taylor
David Taylor has been professionally involved in the Colorado dance community for fifty years. He began choreographing in 1976 during a twelve-year dance career, and since then he has created over a hundred original works.

In 1979, Taylor founded the David Taylor Dance Theater (DTDT) – one of the Rocky Mountain region’s best known and respected dance organizations for thirty-two years and Denver’s first contemporary ballet company. As principal choreographer for 27 years, Taylor’s unique creative focal point became a fascination with ancient cultures ritual, metaphysical concepts and multimedia collaborations, which served to put DTDT on the map nationwide in as a company to watch.

He received the first City and County of Denver Individual Artist Fellowship Award for Dance in 1987, the Governor’s Award for Excellence in the Arts in 1997, the Living Legends of Dance Award from the Carson-Brierly Dance Library in 2006 and became a member of the International Dance Council in 2013. Taylor is also a recipient of three National Endowment for the Arts scholarships and his productions of “The Nutcracker” and “Rainforest” have been presented across the states. -United.

Taylor is an authority on dance history and sacred dance and continues to conduct workshops and lecture demonstrations on these topics for state and national organizations. Currently, he is also Artistic Director Emeritus and a faculty member of the Denver Ballet Theater’s Senior Ballet Program, teaching ballet technique, pointe, pas de deux, and dance history.